Could Voxx socks, insoles, and patch be the greatest medical breakthrough in 100 years? It just might be.

The development of Voxx HPT has been 6 years in the making. HPT (Human Performance Technology)  is based on 45 years of research in Neuromuscular Science so it’s not really new, but what Jay Dhaliwal has created with Voxx HPT is simply groundbreaking.

This Canadian company was founded by a man whose dream was to help his mother who was suffering from Multiple Sclerosis. Fast forward to today and Jay Dhaliwal has done just that.

The key to Voxx HPT is that Voxx HPT is a very specific sequence and pattern of neuroreceptor activation on the bottom of the feet that triggers a signal that aides the brainstem reaching homeostasis.

“The peripheral nervous system (PNS) connects the central nervous system to environmental stimuli to gather sensory input and create motor output. The PNS coordinates action and responses by sending signals from one part of the body to another (From the various receptors such as mechano-receptors and dermatomes to the brainstem). The PNS includes all other sensory neurons, clusters of neurons called ganglia, and connector neurons that attach to the brainstem and other neurons.

The brainstem connects the rest of the brain with the spinal cord. It consists of the midbrain, medulla oblongata, and the pons. The primary input into the brainstem are through the Area Postrema (AP) and Nucleus Tractus Solitarius (NTS).  Motor and sensory neurons extend through the brainstem, allowing for the relay of signals between the brain and spinal cord. Ascending neural pathways cross in this section of the brain, allowing the left hemisphere of the cerebrum to control the right side of the body and vice versa. The brain stem coordinates motor control signals sent from the brain to the body. It also controls several important functions of the body including pain management, alertness, arousal, breathing, blood pressure, digestion, heart rate, swallowing, walking, posture, stability and sensory and motor information integration.”

Decades of research has Voxx to realize that by stimulating specific receptors in the body this can aid the brain stem to reach homeostasis (equilibrium) which then enhances the functions of the brainstem. Just think about all the functions the brain takes care of without you even thinking about; breathing, swallowing, heart rate, blood pressure and consciousness.

Why Voxx HPT is the wearable tech of the future

Just like wearing a Fitbit or BellaBeat is wearable technology so is Voxx Socks, Insoles and Patch. 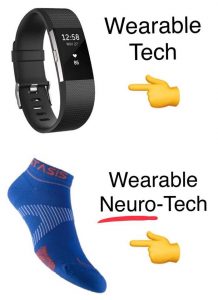 Research through over 2000 brain map studies have shown a 36% average increase in neurological function when wearing Voxx HPT technology.

Independent studies done to date have proven increase balance, stability, power, range of motion and reduced pain with diabetic neuropathy, and there are now 40,000 unsolicited testimonials posted daily to the Voxx Facebook Testimonial page of how it has helped thousands of people achieve a pain free life or increased their overall wellness.

Check out these stats

Dr. Robert Thatcher the godfather of neuromapping has called Voxx HPT  “the greatest medical breakthrough in 100 years”, and “a century ahead of current neurotech.”

Some doctors like Dr. Sziliva Passfield are now saying to their patients that they will not treat them unless they are wearing Voxx socks. WOW!

Kevin Duguay the once athletic trainer for the Toronto Argonauts football team with over 35 years in the field of rehabilitation and athletic therapy says Voxx blew his mind. He says they are better than his $500.00 orthotics! Check out his Voxx story here.

Whether you are an athlete who wishes to perform better, a senior who wants to avoid falling and have better balance or someone who is struggling with Multiple Sclerosis, Parkinson’s, ADD, Diabetic Neuropathy or Plantar Fasciitis, Voxx insoles, socks or patch will help to lower pain, improve mobility, balance, strength and overall energy levels.

Voxx has just partnered with The MS Society of Canada as they are seeing first hand how Voxx HPT technology is helping those with multiple sclerosis.

Quality of life and helping people is what Voxx HPT is all about. 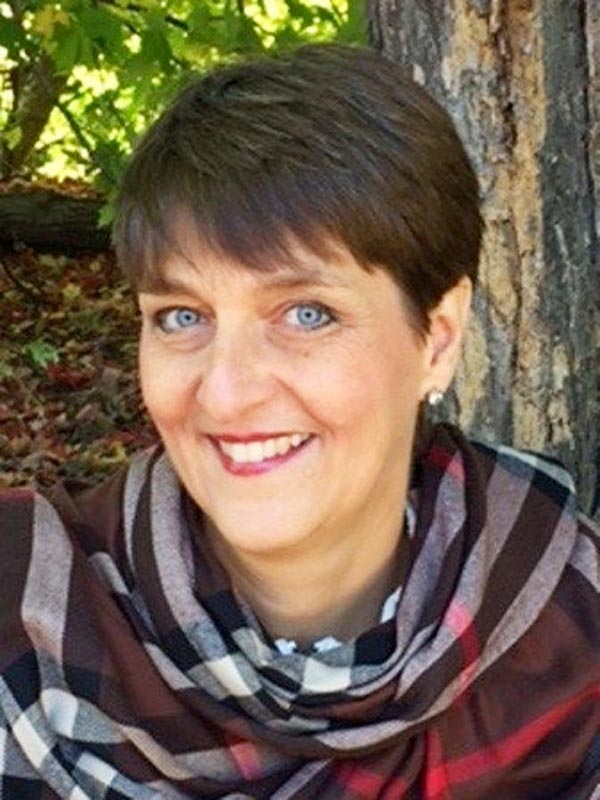 I'm Shirley Plant, nutritionist and cookbook author. My passion is helping you figure out which foods fuel your body and which ones deplete it. 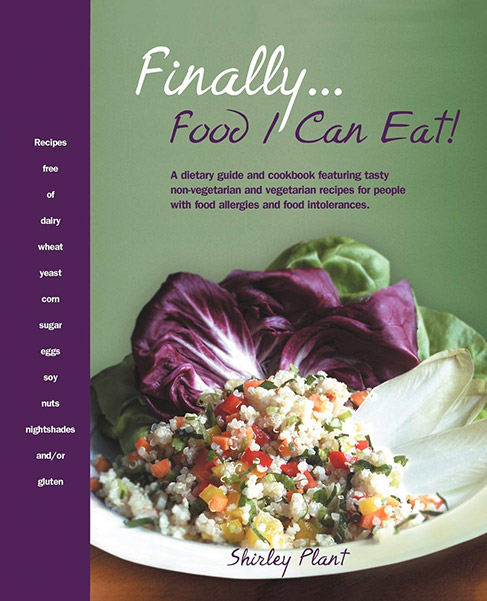 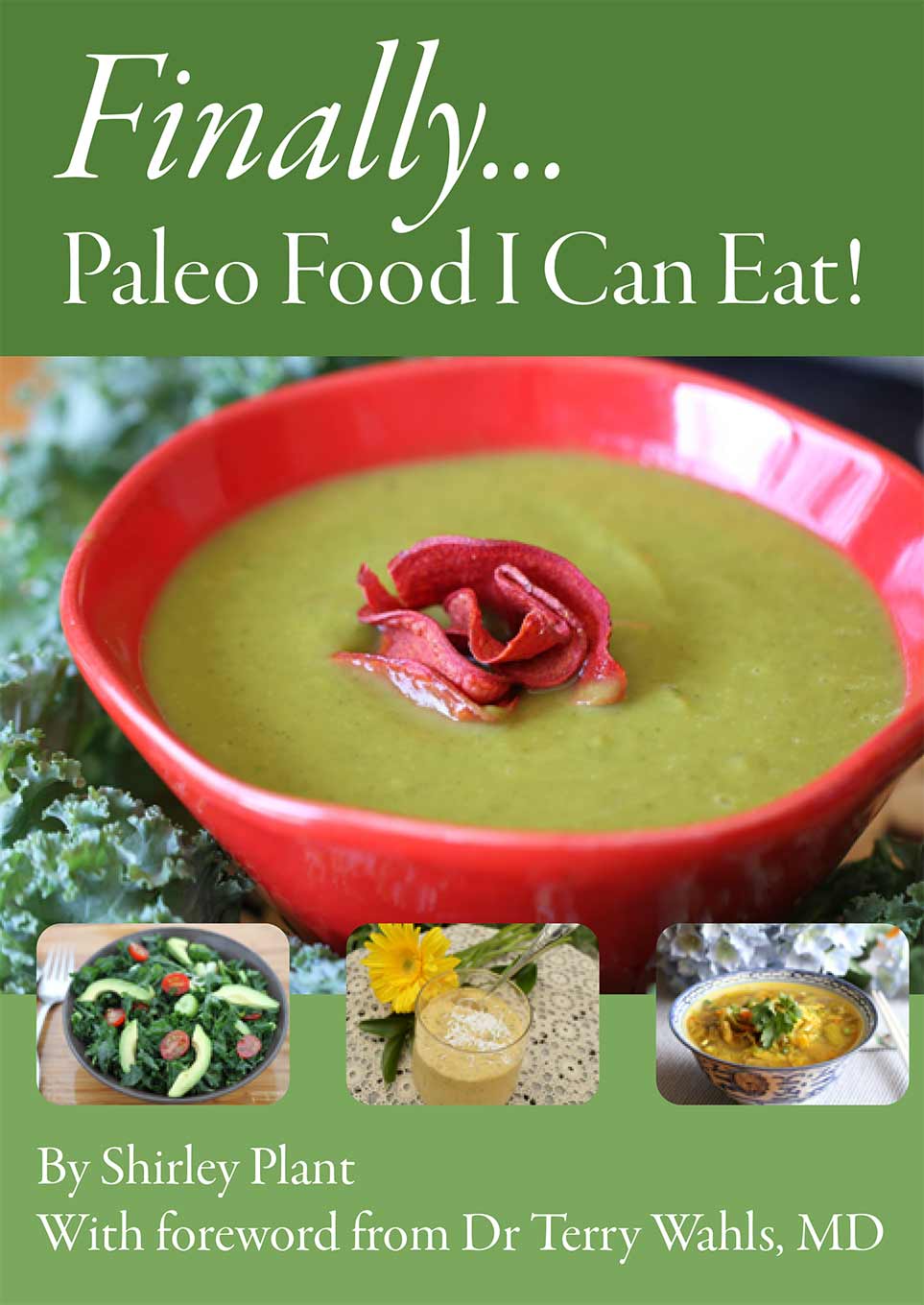 Finally... Paleo Food I Can Eat!

Discover Why These 3 Foods Are Affecting Your Health